The very best, like no one ever was (OPEN)

The very best, like no one ever was (OPEN)

Ma'kine rolled her shoulders. She was sitting on a stack of crates, each filled with merchandise from her store. She wan't there, however, as she'd rented a section of the Fifth's training grounds for her own use. She was, actually, holding a little competition between any bored members of the Gotei and her Kido Corps. She definitely wasn't abusing her authority out of boredom, this was a group training event!

The competition was simple. A Gotei member, of any seat, could challenge her Corps to a spar. Her men and women would then select the next person in their line to fight, and could use either swordsmanship or kido. But, each Corps. member had to fight until defeated, and no Gotei could rechallenge after turning down a fight or losing.

The prize for beating every member of the Corps. present was that each Gotei member who fought won the items in the crates Ma'kine was sitting on. She was watching and judging the matches, and using rudimentary Kaido to heal any injuries. As an added handicap, Ma'kine had decided that the Vice Chief wasn't allowed to participate in the matches, and that Hado above 85 could not be cast by Corps. members. The Gotei was not under any such restrictions.

So far, five of her nine Corps. members were defeated, the last match ending in a draw. So far, only four Gotei members had fought.

"Alright, who is next!? Who thinks their Zanpakuto can take on one of my little Kido Corps. members? Anyone from the Academy students to the Commander herself is free to challenge the Kido Corps. in a test of either blade or spell!" 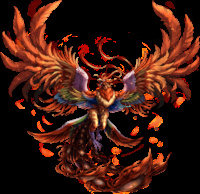 Normally, such exhibitions would be considered below the dignity of the officer tier.

Normally, Lieutenants or higher--regardless of any other psychoses they possessed--remained reasonably secure in their estimation of their own abilities and saw little reason to demonstrate their prowess in public.

Normally, the alleged prizes accruing to the winner would also not be commensurate to individuals drawing a senior officer's salary. Nor was this likely to be an unintended oversight. From the way the competition was structured, there seemed little to imply that the target audience was not the rank and file; whom would be the ones that stood most to gain from the experience. You might've thought the rosters would've been packed full with eager fodder...*ahem* participants, spoiling for a fight. Normally, you would've been right.

Alas, the Captain of Division Three didn't do 'normal'.

The child's exclamation was bright and excited; as though Ma'kine's invitation was to an ice cream parlor rather than a competition of deadly skill. Yet there was something anticipatory in the quirk of his jaw, some undertones of looming menace that seemed quite out of place

--oh and the white coat that he wore with the kanji for 3 displayed prominently on the back--the symbol of his rank--surely didn't help matters either. Two of the remaining three Gotei participants were suddenly looking like they had remembered pressing appointments elsewhere; places they simply JUST had to be. The four Corps members slated to be their opponents weren't exactly looking enthusiastic either.

Shiroki padded out into the open space of the training ground to consider the opposing team; an action which required him to hike up the hem and sleeves of a too-long haori to keep from tripping as he did so. Up close, his size--or lack thereof--was all the more noticeable, forcing him to crane his head back to look up at the Corpsmen. At thirty kilos soaking wet, the werewolf cut a strange picture in the folds of his haori--almost like a tiny child enveloped in the comforting folds of a favorite security blanket. It ought to have been endearing, something that might've elicited a giggle.

Nobody laughed. One of the shinigami representatives let out a cough from their place in the lineup, and his compatriots retreated a safe distance together to leave him standing on his own in a way that almost seemed choreographed. Forseeing his doom, it was too late for that luckless individual to choke back the question however:

His compatriats prudently took an additional step back. Fortunately for him however, the question didn't seem to have registered; with the one he addressed it to currently occupied in sizing up Corpsman after Corpsman, beaming up at each one in doing so.

There was simply no conceivable way a simple nursery rhyme should have sounded so terrifying. And yet it had.

Someone in the crowd actually shrieked, though it wasn't clear who. Hands instinctively sought zanpakuto hilts. Reiatsu peaked in waves. Enough tension to cut the air with a knife.

Ma'kine craned her neck, looking over the group of people wearing the robes of her Corps. A wave of heat rolled off her as she stood, slowly walking over to the two 'participants' in this match. She had full confidence in her Kido Corps. however, and placed a hand on the man's shoulder. He wore the veil that hid their identities, but she thought he relaxed a bit. The four behind him who hadn't fought, consisting of a woman and three men, relaxed as well. Well, all but the man in the back. It was evident he was a shapeshifter from the long reptilian tail swishing around his feet. He radiated an aura of utter confidence even in the face of the Third Captain.

"Now little Shiro, you are aware of the rules, are you not? Once you decide to participate, you must keep fighting until you either win, or concede. And I would not take kindly to any deaths, though accidents do happen." Ma'kine was more than twice Shiroki's height, and bent at her hips to look at him. Her own Zanpakuto glimmered in the light as it swung on her specialized belt-loop. It was not a sword, but rather a vary peculiar multi-bladed knife. Though, due to their size difference, Shiroki could have wielded it as a sword.

"If you're fine with facing off against the remaining four Kido Corps. members present, I'll erect the barrier Kido to keep those participating away from the crowd."
_________________
"Life is a fleeting thing. You've fought and struggled to live as long as you have, but, with only a simple word or gesture, I can take that away. Puts things in perspective, doesn't it?"
~Ma'kine, Grand Kido Chief 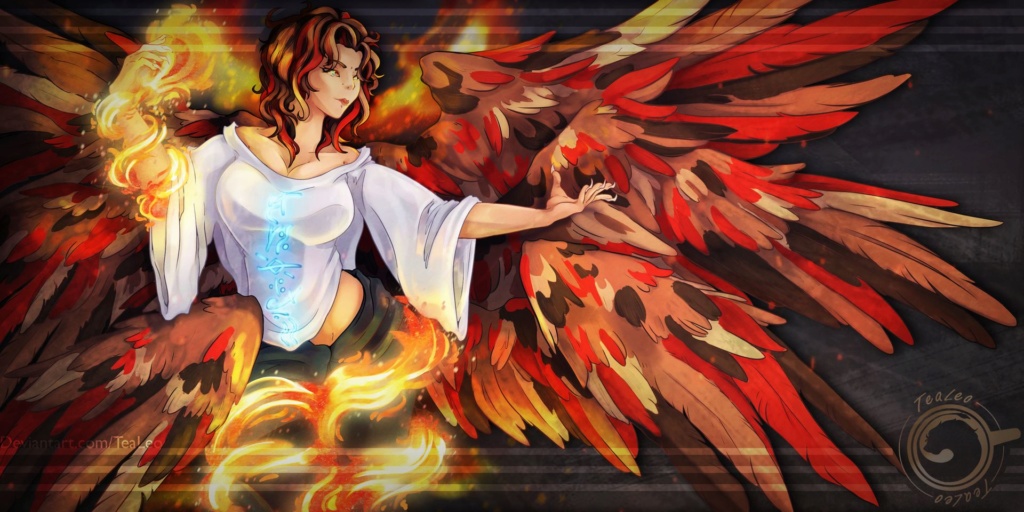 Not many people would've gotten away with the 'little' remark. Unfortunately, the Grand Kido Chief was one of them.

That; when paired with the admonitions that fatalities were to be avoided, had the third captain pouting. But true to form, he soon cheered up on hearing the second part of Ma'kine's proposition.

Shame about that barrier kido thing, though. Some of the old guard--a certain captain included--could probably recall a more innocent time when precautions such as those were unnecesary: A time dating back before a rather unfortunate academy session when youthful high spirits got...rather out of hand. After what had happened back then, protective barricades around any kind of sparring competition became the norm rather than the exception. It was enough to make a person feel flattered at how their actions had had a lasting impact on shinigami society.

Thoughts like these made him feel warm and fuzzy inside. Or perhaps that was merely the anticipation of the violence to come.

Apparently they needed him to actually come out and say it, though.

"Either zan or kido, not both. No involving audience. No murderin' of any sort--got it," Shiroki ticked each point off his claws, holding out the last one to the Grand Kido Chief. "I'll be good, oba-sensei. Promise! Pinkie swear,"

A slight breeze contended with the Vastine's fiery aura as he did so: Not quite as noticeable as her heat wave had been, but carrying subtle undertones of emptiness and endings in its momentary chill. He'd projected it to resonate only with those possessing a minimum standard of perception ability, suppressed as a courtesy for the less advanced members of the crowd. Surreptiously peering up at his four who were to be his dance partners for this second act, he experimented with the spiritual pressure output until reasonably sure of where each Corpsman stood in terms of prowess. Nothing in the rules prohibited sounding out an opponent before the official start, after all.

He acknowledged his understanding of the rules again, this time solely for the audience's peace of mind--saluting Ma'kine with the sealed form of his zanpakuto but wordlessly willing it into shikai midway as he did so. Not just because it made for good theatre, but also because he didn't intend to waste a moment when the fight began. The newly-serrated edge of a tonfa-turned-blade clinked gently against Ma'kine's own zanpakuto at the widest arc of its salute as he did so: silent acknowledgement from one officer to another.