Name: Aisha Yakamori
English Translation: Not too sure, just seen the names somewhere
Species: Human-Soul
Race: Shinigami
Gender: Female
Date of Birth: 19th of September 1943
Appearance Age: She looks around mid-to-late 20's
Actual Age: Technically , age is only relevant till you die so mid 20's but she would be about 74
Organization and Rank: She is Lieutenant of the 12th division
Height: About 5"7'
Weight: Roughly like, 60-70 kg
Hair color: Blonde
Eye color: Both light blue
General Appearance: She is a thin woman with a im-better-than-you posture ;) . She usually has a hazed look on her face with long blonde hair. She always keeps her left hand on the hilt of her sword.

Redeeming Qualities: She is very intellect, being a great aid to technological advancements. She has an overwhelming knowledge of the sciences behind them , especially propelling at engineering technology. She is also very resourceful and has a keen eye for picking up information. Lastly , she is extremely loyal to her captain, although she doesn't show any sign, she praises everything she does with admiration.

Negative Qualities: She is a very sarcastic, which normally works well with lessers but a bad idea for her highers. She also has some of that arrogance that a lot of intelligent people get when they know that they are smart. This could lead to her being reckless at times. Her tone is always on one level, making it sound like she has absolutely no care about anything. And lastly, her laziness has gotten the better of her a good few times.
Likes: She is a big fan of engineering, despite being a ranked lieutenant, she still enjoys taking implements and making something of them. She likes to unravel mysteries, with an addiction to advancement (and sometimes heroine Jks), and she loves going to a very specific tea shop, getting the same tea at the same time in the same seat. She likes the constancy of it in the usually-chaotic world she has come to.
Dislikes: She isn't a fan of actually having to do anything that requires menial thought to it. She believes her job is to advance the technology used by her dim-witted hollow hunting colleagues. You can imagine her thoughts on division 11. She isn't a very big fan of overly joyful people either. Those types that are always happy for no apparent reason. At all. Lastly, she hates-no DESPISES anything with a set of wings and a stinger. Super scary and too be fair, who the hell has wasps/bees in what is supposed to be animes best representation of heaven? Blerg. She doesn't have an overall pleasant view on biology itself.
Personal Habits: Her house is very minimalistic so she doesn't have to clean much. She doesn't do much in terms of socializing, her only habit really is a crummy tea shop.
Goals: These are both optional.
Short-term Goals: Simply , to progress another step each day. She just builds on what she has already built to move forward.
Long-term Goals: She doesn't even have high hopes for captainship, just to not have to look back at all with regrets. So far she is happy and hopes to be in over 5 years.
General Personality: Lazy to say the least. She doesn't have the energy to have any sort of a temper right off the bat. Also unnervingly calm with the same single tone throughout everything she says, almost as if there is nothing behind her pale blue eyes. She also is very sarcastic and uses it to mock the stupid, which she has even less time for than normal society.
Something Special: Her left arm was damaged beyond repair when she was a spirited young trainee. When she joined division 12, her first aim was to recreate something as close to it as possible but was useless at biological studies. She then tried to engineer a near replacement , which set her off in the path where she is today. She has worked on it quite a bit, and soon she realized that she could weaponize it, taking full advantage and finding a silver lining of her loss.

Sealed Zanpakutō: It is a medium length katana with a chrome blade and a black guard , with a white handle. The handle decoration is gold and the end of the handle is black
Release Phrase: "Release and flourish..."

Shikai Appearance: Her shikai sword is a katana of the same size. The handle is now black with a fancier design. The guard is extended , one half for the blade , and next to it is a golden cog, powering any technologies attached to her blade.
Shikai Ability: The shikais ability is that it is interchangeable. It has no first hand instant ability, but it allows her to build on and adjust as she sees fit. This follows the current technological leveling of the rp.

Bankai Name: Zettai-tekina Shinkō
Bankai Appearance: The handle and guard remain the same. The blade fills the entire hilt, with 3 small cogs running up the bottom of each flat side, side-by-side. On the blunt edge are 3 moving mechanics that let out small movement. The bladed side has teeth coming out of it, much like a chain saw, and can be activated like one to make slicing easier.
Bankai Ability:
The bankai gives her 2 mechanical arms (like doc oct) that look slightly steampunk-ish. They come from her back and hang over her shoulders. They are filled with gadgets and useful technology that she has developed herself, and aren't available to most of the shinigami population.

The other part of her bankai is her sword loses her adjustability on it, but instead allows her to create technology on the spot digitally. This spans from turrets to mechanical walls for shielding. She cannot create life and must have already created this first hand. The sword simply allows her to recreate these in battle for as long as her bankai is active . (Basically like a 3D printer on roids. She must first create the prototype in-wherever she makes stuff , and the sword makes digitally made copies of it)
The Spirit

Spirit Appearance: Her spirit is 2 metal ic fish, constantly swimming in parallel to one another. One is a dark steel, other is a light chrome.
Spirit Personality: They each have a personality of their own, the darker one representing all the bad she could be , and the white being all the good. Being in division 12 , she is currently morally equal. The dark one is informal and rude, the light is very formal and polite.
Inner World: There is a perfectly small round formation of rocks with a small pool of oil. To it's left is a rusted waste land , filled with sharp edges. The other side is a chromic paradise, still just as empty.

The Past
History: She was born during the Second World War, in a small village in Japan. Her father was a soldier, who was attacking Japan, and got shot in the leg. Her was found by her soon to be mother , who was a rice farmer in the village. Her mother tended to his wounds as best he could but it was poorly done. A few days into their meeting , and a few bottles a sake later, she was conceived. Unfortunately her father died of an infection in his leg a few weeks after their meeting. She was raised by her mother , life being generally simple since the war was over before she could say her first words. Her mother was constantly pushing her to study and read , to aim for something higher, which in turn prevented her from a lot of social activity. She always liked the simplicity of country life, but pushed on further for her mothers sake. When she became old enough to start studying, she decided to get her British citizenship and study at a university in Britain , showing highly remarkable grades, and she went off to study civil engineering. She was lucky to get this opportunity due to her race and at the time this profession was 99 percent male oriented. She wasn't much respected when she arrived but made friends through admiration of her work, and she just about complete her studies. One night she decided to join her colleagues in a bar in London, and was killed during an Ira bombing, this starts the journey.

Roleplaying Sample: Aisha woke up , to a particularly usual day. She would sigh at the thought of having to do the same things in the menial day-to-day runnings of things. She would arise from her bed , with great energetic difficulty.

She would look the a clock , uh-phased that she would be late. She would get up , her room only having a single bed and the alarm clock on the floor, painted a dull grey. The only interesting thing about her room were multiple bug nets at each entrance, and multiple bug zappers all across the ceiling.

She would get herself dressed and then leave , locking the door behind herself as she left. 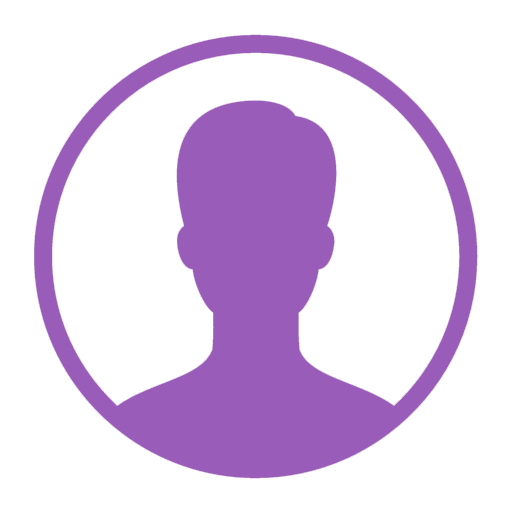 Hey there, I'm one of the site admins, and I'll be going over your app.

First off, let me welcome you to the site. If you have any questions, feel free to message either myself or another member of staff and we'll get to it when we can.

Second, I cannot, in good faith, approve this app for a lieutenant-level character. You would need to bump it up in both quality and quantity. I'm not saying this to be mean, but I suggest running your app through a grammar check, as there's a few errors here and there.

Art Credits:
Any and all art on this profile belongs to https://www.deviantart.com/tealeo 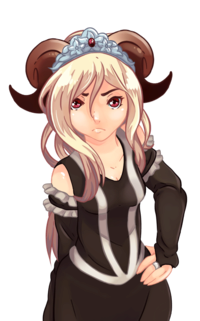